The tube is a simple element, but one of great versatility. Taking into consideration the tube’s many uses, Guglielmo Poletti’s pursuit is to play around and alter its forms unexpectedly, to create a new functionality.

Since his graduation project at Eindhoven's design academy, the designer has shown an almost obsessive fascination with the ideas of balance and tension. His work for SEEDS London presented at Operae 2017 insists upon this theme with the same effectiveness.

For the PHM | Piemonte Hand Made project, the designer has collaborated with the metal masters of the historic company, Berrone di Volvera, to create an unprecedented object that revolutionizes a steel tube’s behaviour through a simple offset of its own sections.

Experimenting with the geometric purity of the cylinder, Poletti has come to define the detail around which the whole work has taken shape: once the tube is sectioned horizontally to a depth equal to its diameter, a simple rotation of 90° is enough to stabilize the profile. This results in an emptying of shapes in which the overlap of the vertices is minimised, thus giving rise to a new, seemingly precarious form of balance.

And, just so, with an almost nonexistent operation — three cuts, one simple rotation, and four welding points, without any additional material or component — the tube has become a bench. A second gesture, turning it over, is enough to create, right next to the bench, an integrated side-table whose plane becomes a structural element that ensures the stability of the piece, thanks to its own weight.

In Corten and in steel, one version is conceived for the exterior while the other one for the interior. 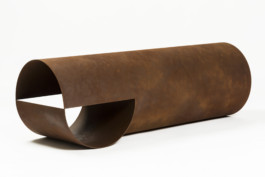 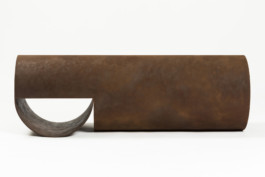 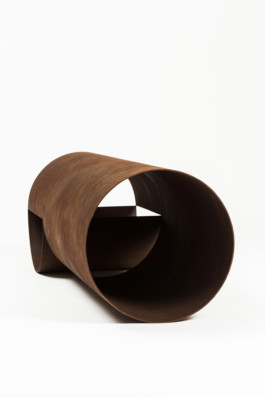 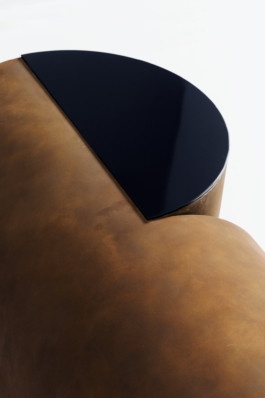 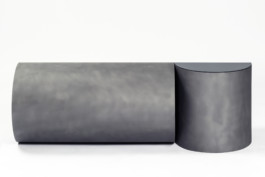 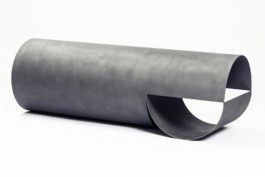 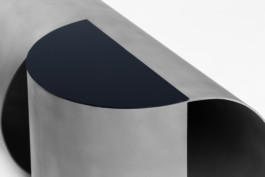