The self-initiated project, conceived as a site-specific spatial intervention for his studio in Milan, enabled the Guglielmo Poletti to expand his interest in construction by dealing with an architectural scale for the first time.

Entirely made of two basic materials such as birch plywood and glass, the self-supporting structure is placed inside an open plan with the intent of creating an autonomous space within the major space. By juxtaposing several levels and depths, it fulfils multiple purposes, simultaneously serving as office unit, storage unit and sleeping area, while also satisfying the additional functional requirements of HVAC optimisation and control over noise management.

On a formal level, the project establishes a rigorous dialogue with the surrounding architecture – an industrial building carefully renovated following precise proportions, articulated around a 3 meter wide central section which determines both the width of the skylights and that of the longitudinal concrete expansion joints. Based on these guidelines, the structure layout is set on a fixed grid, according to which all the components are combined and arranged in uniform sequences. The constraints related to the given dimensions of the birch plywood panels – measuring 250 × 125 cm – define the building criteria to ensure minimum waste and establish the reciprocal relations between each individual element. As a result, the rhythm of the composition is dictated by the constant repetition of 1 meter wide modules, which split the front section into single, double or triple portions.

When closed, the structure gives the impression of a uniform monolithic volume, whose strict symmetry is intentionally broken by the transparent glass door which frames both the window and the stairs providing access to the elevated platform. In contrast with the actual complexity of the construction, the plain outer configuration aims to conceal the inner distribution of the main private areas: the office, mezzanine and library on the upper level; the bedroom, accessible through the folding doors system; the various storage compartments with the extractable carts used for extra storage organisation. By marking a physical separation between the inside and the outside, three large glass panels allow the dedicated heating and cooling system to perform independently, improving its efficiency in order to drastically reduce energy consumption. 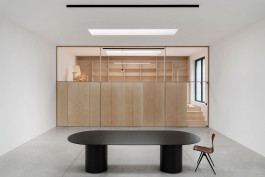 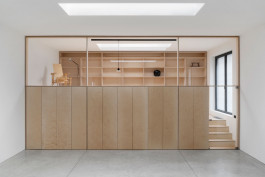 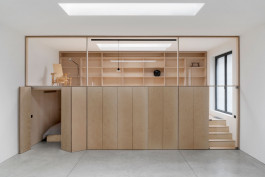 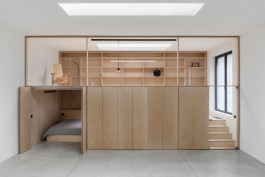 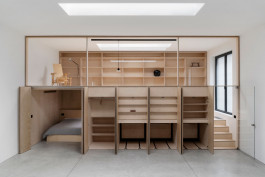 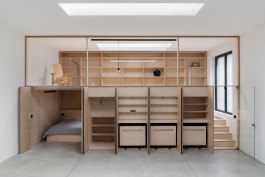 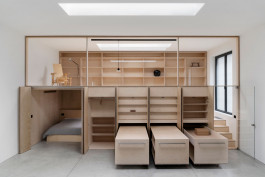 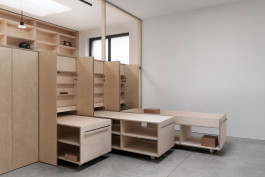 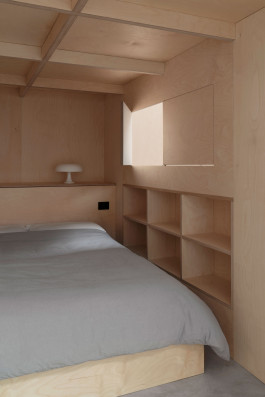 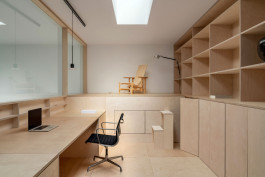 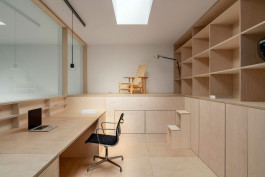 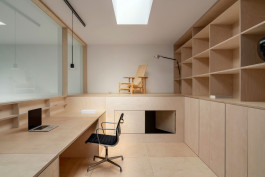 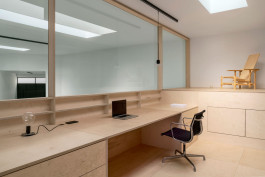 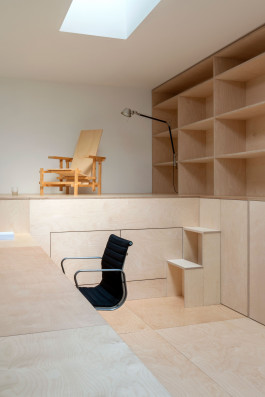 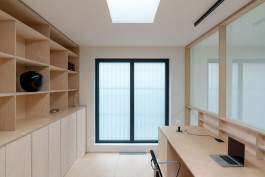 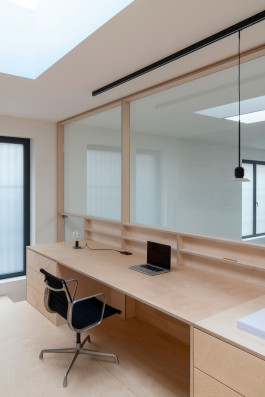 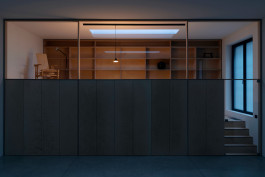 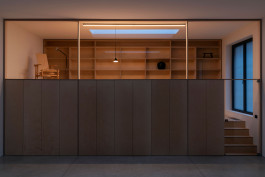 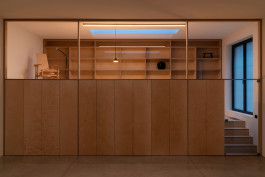 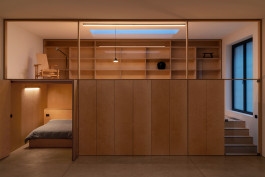 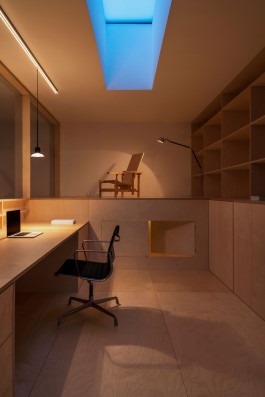