The core aspects of the project are embodied in a single detail, around which all the work revolves: the joint between the leg and the table top, characterised by a contact reduced to an absolute minimum, based on the meeting of the respective vertices. Such construction is achieved through a precise structural gesture – the combination of two L-shaped profiles, which are cut at 45° to be joined at 90°, forming the table leg and the relative crosspiece. The latter, in its turn rotated 45° with respect to the flat surface above it, outlines a portion of emptiness that is associated with a subtraction of material. The resulting geometry creates the impression that the ends of the top precariously rest on four single points, suggesting a fragile perceptual balance.

The configuration of the angle varies according to the point of observation, thanks to the alternation of surfaces and edges, which interrupt the coplanar alignment between leg and top by intersecting with inclinations of 90° and 45°. The top, consisting of a basic parallelepiped, is the element that completes the whole structure, thanks to the interaction between the edges positioned in perfect correspondence. Lastly, the series of different planes defines a sequence of facets that, accentuated by the contrast between light and shadow, adds an additional layer to the dialogue between each element. 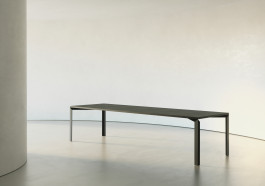 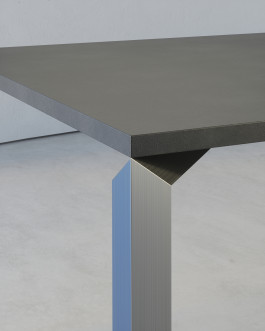 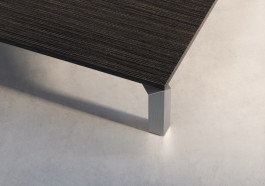 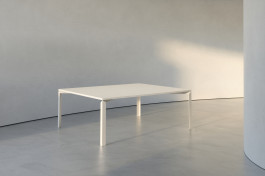 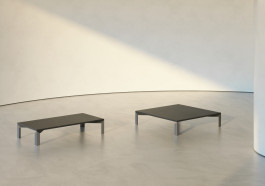 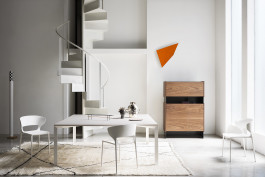