The space divider is characterised by the extreme thinness of the aluminium sheets, which are tensioned and held in position through a single stainless steel cable. By pushing the material to the limit, the construction allows the two elements to reach the minimum thickness of 1.5 mm, becoming structural thanks to the forces resulting from their bending.

The overall stability is further increased by compenetration of the mirrored curves, whose partial overlapping creates an inner space which lets light go through, influencing the visual perception of the object. The lightness of the structure is contrasted with the massive scale of its emptied volumes, which confers a monumental quality to the piece, highlighted by the black waxed sanded aluminium finish. 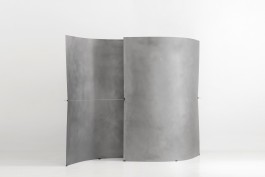 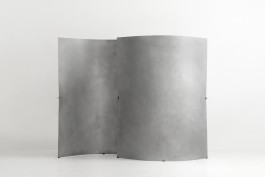 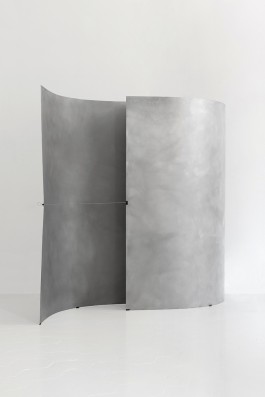 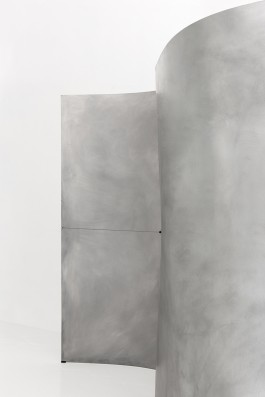 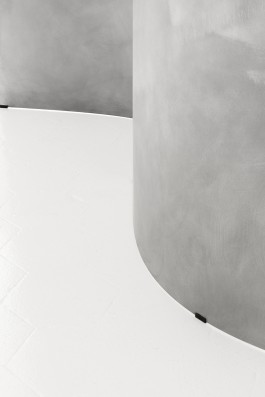 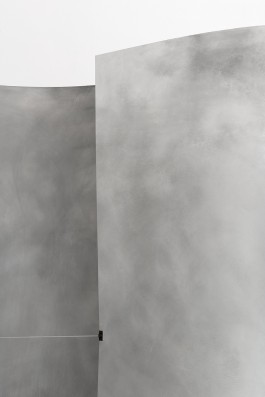 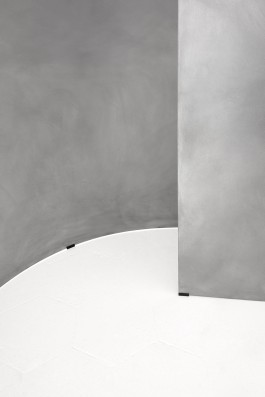